Run this Template to discover how many times your users perform an action on average, then compare that average for people that had a conversion like for example, a signup, versus people that didn’t have that conversion.

If you were to do this simply by segmenting your report using these two groups, it would overstate the average of action performed for people that signed up. It is also likely that once they are signed up they will start to perform that specific action.

What you want to know instead, is the averages of the two groups, but count the averages right before the conversion happened. That way you can say more accurately if the number of performing specific actions for signed-up users is higher. If it is, you can then optimize your product onboarding so that people perform that action more times before signing up. 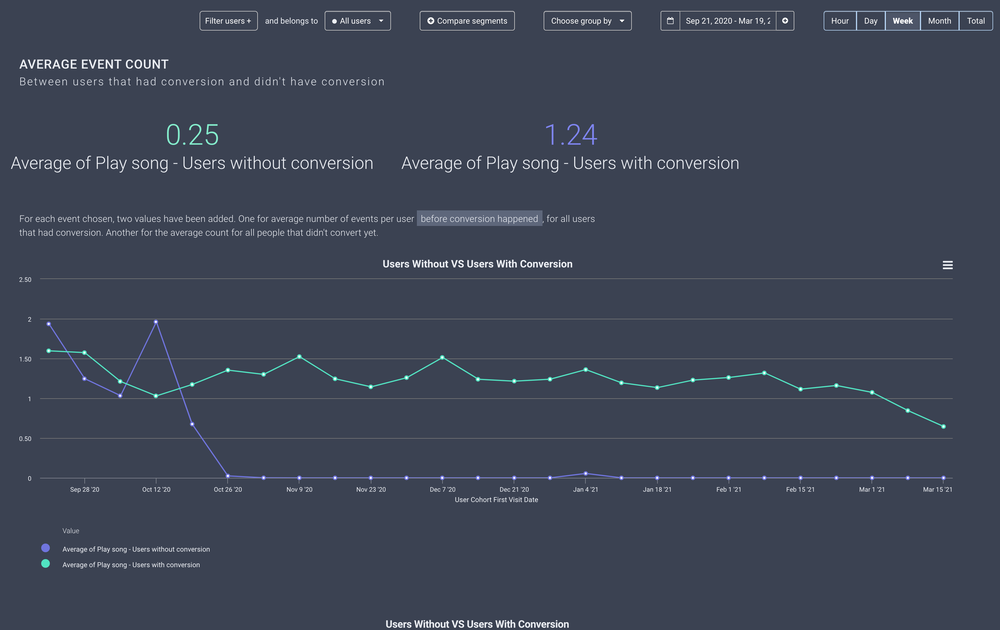 Try For Free Book a Demo